The mighty fortress of Brahmanism 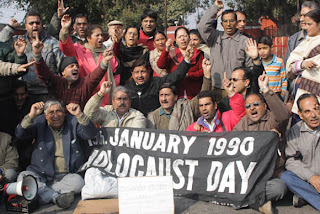 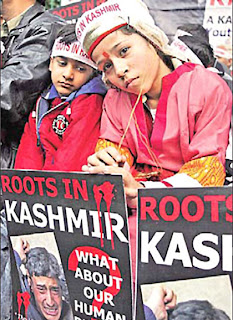 Posted by Unknown at 3:35 PM No comments:

Muslims in India are being misled: Salman Rushdie

Acclaimed writer Salman Rushdie, author of the controversial "The Satanic Verses" as also bestsellers like "Midnight's Children" and "Shame", on Saturday denounced "disgraceful vote bank politics" being practised in the country and said "95 per cent of Muslims in India are not interested in violence being done in their name".
Returning to India two months after he was stopped from attending the Jaipur Literary Festival, Rushdie spoke at the concluding dinner at the two-day India Today Conclave at the Taj Palace Hotel.
The event was marked by tight security presence but devoid of the kind of protests that had marred the Jaipur event by radical Muslim groups protesting his visit.
Rushdie, who was happy at the "lack of interest and protest in my visit" this time around to his land of birth, was, however, severe on politicians of the subcontinent, both in India and Pakistan, who pandered to "religious fanaticism" and indulged in "political opportunism", an allusion to those who cancelled their speaking engagements at the conclave because of his presence.
Union Finance Minister Pranab Mukherjee, Jammu and Kashmir Chief Minister Omar Abdullah and Uttar Pradesh Chief Minister Akhilesh Yadav, as well as Pakistani opposition leader Imran Khan, stayed away citing "other engagements".
The Pakistan Tehreek-e-Insaaf leader said he could not come to the same venue as Rushdie who had done "immeasurable hurt to Muslims" with his allegedly blasphemous references in "Satanic Verses".
Rushdie said "Deobandi bigotry" and "kneeling to mullahs" had not worked for the Congress, alluding to their recent loss in the state elections during which the party was accused was trying to win over Muslims in Uttar Pradesh with inducements of job quotas and other blandishments.
Rushdie, who addressed a packed hall that greeted him with frequent applause, spoke out strongly against "public apathy", against violence and intolerance of cultural freedom, saying: "Freedom is not absolute, if you don't defend it, you lose it. If you give in to the threat of violence, there won't be less violence, there will be more."
Rushdie began by joking at being "promoted" as the keynote speaker at the closing gala dinner after Imran Khan dropped out. But he then proceeded to target Imran with his verbal barbs, describing him as a "dictator in waiting", a person who is not very well read ("during his playboy days in London he was known as 'Im the Dim'") and also one who lied about not knowing that he would be here as the organisers had told him about his presence as far back as last month.
Rushdie said "immeasurable harm" was caused to Islam by terrorists who attacked India, by Osama bin Laden who had taken refuge in Pakistan and by fanatics like those who killed former Punjab governor Salmar Taseer, whose son, writer Aatish Taseer sat on the dias with Rushdie and was in conversation with him.
Rushdie said common people were more sensible than their leaders and 95 per cent Muslims in India were not in favour of the violence and the things being said in their name.
India always had a long and hoary cultural and religious tradition of accepting free speech. Everyday, there is a price for hooliganism by bigots," he said, taking a dig at the "disgraceful votebank politics taking place in India".
Rushdie said the customs ban on the import of "The Satanic Verses" in the age of the internet was absurd and said there was apparently no bar on his controversial book being published in India.
He said his notion of freedom was the freedom to propagate ideas, even though it might offend a particular individual or group, as long as it was done in a civil manner, without threat of violence.
"A writer is the adversary of power, but power is so scared of the writer that it ends up strengthening the writer," Rushdie said.
Asked whether India matched Pakistan in intolerance, Rushdie responded: "However bad things get in India, they will be worse in Pakistan."
Courtesy: http://ibnlive.in.com/news/muslims-in-india-are-being-misled-salman-rushdie/240187-3.html 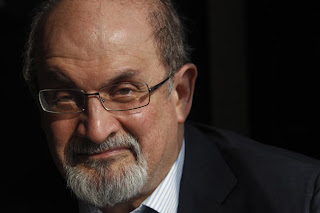 Posted by Unknown at 2:59 PM No comments:

Why should I respect these oppressive religions?

Posted by Unknown at 3:30 PM No comments:

A Future for Britain Free from Islamization: An Interview with British Freedom Party Chairman, Paul Weston 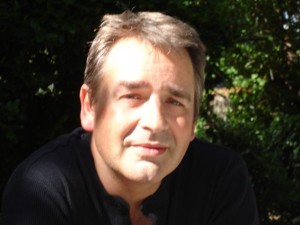 (British Freedom Party Chairman, Paul Weston)
Posted by Unknown at 4:30 AM No comments: