The terrorist blast in Mumbai on July 13, 2011, requires decisive soul-searching by the Hindus of India. Hindus cannot accept to be killed in this halal fashion, continuously bleeding every day till the nation finally collapses. Terrorism I define here as the illegal use of force to overawe the civilian population to make it do or not do an act against its will and well-being.

Islamic terrorism is ’s number one problem of national security. About this there will be no doubt after 2012. By that year, I expect a Taliban takeover in and the Americans to flee . Then, Islam will confront Hinduism to “complete unfinished business”. Already the successor to Osama bin Laden as al-Qaeda leader has declared that is the priority target for that terrorist organisation and not the .

Fanatic Muslims consider Hindu-dominated “an unfinished chapter of Islamic conquests”. All other countries conquered by Islam 100% converted to Islam within two decades of the Islamic invasion. Undivided in 1947 was 75% Hindu even after 800 years of brutal Islamic rule. That is jarring for the fanatics.

In one sense, I do not blame the Muslim fanatics for targeting Hindus. I blame Hindus who have taken their individuality permitted in Sanatan Dharma to the extreme. Millions of Hindus can assemble without state patronage for the Kumbh Mela, completely self-organised, but they all leave for home oblivious of the targeting of Hindus in , Mau, Melvisharam and Malappuram and do not lift their little finger to help organise Hindus. If half the Hindus voted together, rising above caste and language, a genuine Hindu party would have a two-thirds majority in Parliament and the assemblies.

The first lesson to be learnt from the recent history of Islamic terrorism against and for tackling terrorism in is that the Hindu is the target and that Muslims of India are being programmed by a slow reactive process to become radical and thus slide into suicide against Hindus. It is to undermine the Hindu psyche and create the fear of civil war that terror attacks are organised.

Hindus must collectively respond as Hindus against the terrorist and not feel individually isolated or, worse, be complacent because he or she is not personally affected. If one Hindu dies merely because he or she was a Hindu, then a bit of every Hindu also dies. This is an essential mental attitude, a necessary part of a virat (committed) Hindu.

We need a collective mindset as Hindus to stand against the Islamic terrorist. The Muslims of India can join us if they genuinely feel for the Hindu. That they do I will not believe unless they acknowledge with pride that though they may be Muslims, their ancestors were Hindus. If any Muslim acknowledges his or her Hindu legacy, then we Hindus can accept him or her as a part of the Brihad Hindu Samaj (greater Hindu society) which is . that is Bharat that is is a nation of Hindus and others whose ancestors were Hindus. Others, who refuse to acknowledge this, or those foreigners who become Indian citizens by registration, can remain in but should not have voting rights (which means they cannot be elected representatives).

Any policy to combat terrorism must begin with requiring each and every Hindu becoming a virat Hindu. For this, one must have a Hindu mindset that recognises that there is vyaktigat charitra (personal character) and rashtriya charitra (national character). For example, Manmohan Singh has high personal character, but by being a rubber stamp of a semi-literate Sonia Gandhi and waffling on all national issues, he has proved that he has no rashtriya charitra.

The second lesson for combating terrorism is that we must never capitulate or concede any demand, as we did in 1989 (freeing five terrorists in exchange for Mufti Mohammed Sayeed’s daughter Rubaiya) and in 1999, freeing three terrorists after the hijack of Indian Airlines flight IC-814.

The third lesson is that whatever and however small the terrorist incident, the nation must retaliate massively. For example, when the Ayodhya temple was sought to be attacked, we should have retaliated by re-building the Ram temple at the site.

According to bleeding heart liberals, terrorists are born or bred because of illiteracy, poverty, oppression, and discrimination. They argue that instead of eliminating them, the root cause of these four disabilities in society should be removed. This is rubbish. Osama bin laden was a billionaire. In the failed Times Square episode, failed terrorist Shahzad was from a highly placed family in and had an MBA from a reputed university.

Strategy: Remove Article 370 and resettle ex-servicemen in the valley. Create Panun Kashmir for the Hindu Pandit community. Look for or create an opportunity to take over PoK. If continues to back terrorists, assist the Baluchis and Sindhis to get their independence.

Strategy: Remove the masjid in Kashi Vishwanath temple and the 300 masjids at other temple sites.

Strategy: Implement the uniform civil code, make learning of Sanskrit and singing of Vande Mataram mandatory, and declare a Hindu Rashtra in which non-Hindus can vote only if they proudly acknowledge that their ancestors were Hindus. Rename India Hindustan as a nation of Hindus and those whose ancestors were Hindus.

Strategy: Enact a national law prohibiting conversion from Hinduism to any other religion. Re-conversion will not be banned. Declare that caste is not based on birth but on code or discipline. Welcome non-Hindus to re-convert to the caste of their choice provided they adhere to the code of discipline. Annex land from in proportion to the illegal migrants from that country staying in . At present, the northern third from Sylhet to can be annexed to re-settle illegal migrants.

Goal 5: Denigrate Hinduism through vulgar writings and preaching in mosques, madrassas, and churches to create loss of self-respect amongst Hindus and make them fit for capitulation.

Strategy: Propagate the development of a Hindu mindset.

can solve its terrorist problem within five years by such a deterrent strategy, but for that we have to learn the four lessons outlined above, and have a Hindu mindset to take bold, risky, and hard decisions to defend the nation. If the Jews could be transformed from lambs walking meekly to the gas chambers to fiery lions in just 10 years, it should not be difficult for Hindus in much better circumstances (after all we are 83% of India), to do so in five years.

Guru Gobind Singh showed us how just five fearless persons under spiritual guidance can transform a society. Even if half the Hindu voters are persuaded to collectively vote as Hindus, and for a party sincerely committed to a Hindu agenda, then we can forge an instrument for change. And that is the bottom line in the strategy to deter terrorism in a democratic at this moment of truth. 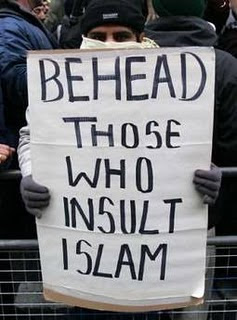 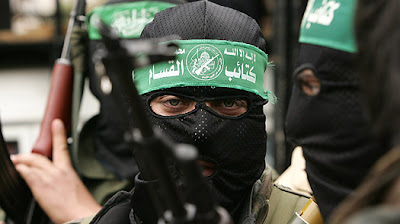 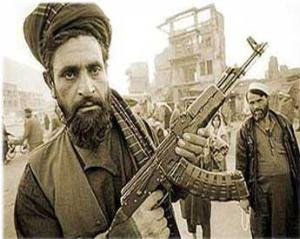