"In Pakistan there is justice only for Muslims, justice is denied Hindus. Kill me here, now, in court. But do not send me back to the Darul-Aman [Koranic school] ... kill me". This is the desperate, heartbreaking outburst of Rinkel Kumari, a Hindu girl aged 19, who has entrusted her heartfelt appeal to the judges of the Supreme Court in Islamabad. Her story is similar to that of many other young women and girls belonging to religious minorities - Christians, Hindus, Sikhs, Ahmadis - kidnapped by extremist groups or individuals, most of the time lords or local mafia, which convert them by force and then marry them . And that is what the girl said on 26 March, before the judges of the capital's court.
The drama of Rinkel Kumari, a student of Mirpur Mathelo, a small village in the province of Sindh, began the evening of February 24: A handful of men seized her and delivered her a few hours later into the hands of a wealthy Muslim scholar, the man then called her parents, warning them that their daughter "wants to convert to Islam."
Nand Lal, the girl's father, a teacher of an elementary school, accused Naveed Shah, an influential Muslim, of kidnapping his daughter. The man has the "political cover" provided by Mian Mittho, an elected National Assembly Member, suspected of aiding and abetting. After identifying the perpetrators of the kidnapping of his daughter, he was forced to leave the area of origin to escape the threats of people affiliated with the local mafia. The father found refuge and welcome in Gurdwara in Lahore, in Punjab province, with the rest of his family.
As often happens in these cases, even the judiciary is complicit: a local judge ordered that the girl should be given to the Muslims, because her conversion is "the result of a spontaneous decision" and also stated the marriage was above board. A claim that was repeated on February 27, at the hearing before the court, after which the girl was "renamed" Faryal Shah.
However, the story of Rinkel is not an isolated case: every month between 25 and 30 young people suffer similar abuses, for a yearly total of about 300 conversions and forced marriages. Hindu girls - but also Christian - who are torn from their family and delivered into the hands of their husbands / torturers.
On March 26, she appeared before the judges of the Supreme Court in Islamabad, while the Hindu community waited with bated breath for the girl's statements in court. To avoid pressure, the presiding judge ordered the courtroom cleared and - later - the dramatic testimony was relayed: in Pakistan, "there is no" justice, "kill me here but do not send me back" to the kidnappers.
Speaking to AsiaNews Fr. Anwar Patras, the Diocese of Rawalpindi, condemned "with force" the kidnapping and forced conversion. "The Hindus in Sindh - adds the priest - live a hard life. The reality is getting harder for them, they are forced to migrate because the state is unable to protect them and their property.” 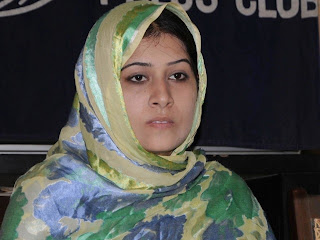