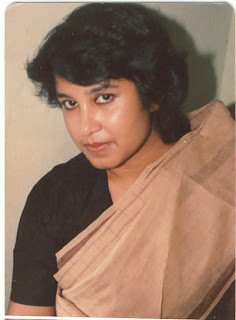 It was November 22, 2007 and now, when this report is being written – December 7, 2012 – lots of changes have taken place by now except one – Taslima Nasrin, globally acclaimed woman author, expelled forcefully by Islamists from  Kolkata on November 22, 2007, is yet to return to the metropolis.

And what is most striking each and every political or social force, ever ready to exceed other in asserting itself as truest champion of secularism, is retaining a strange silence in this regard. Even secular NGOs are found to state (these days) how wrong they were to count on "secularists" in Bengal for ensuring a safe return of Taslima to the state. 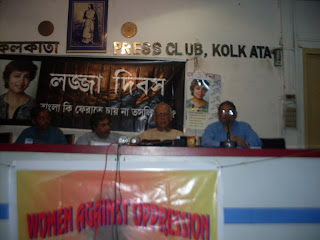 To voice its protest against this indecision and apparent betrayal of “secular” forces to placate Islamists (like Left Front ceded to their vitriolic designs on November 22, 2007), a press conference was convened under the aegis of Women Against Oppression (WOA) on November 22, 2012 in Calcutta Press Club at 4 pm, attended by a host of dignitaries including Sunanda Sanyal, Mohit Ray, Giyasuddin, Pallab Kirtania, Sujato Bhadra, Tathagata Ray.

The speakers came out as unanimous in decrying the blatant surrender of alleged secularists to Islamic fundamentalists and zealots who have been leaving no stone unturned to hinder the return of Taslima into Kolkata. In accordance with speakers, Kolkata, the city known for its free and unbiased thoughts and the inherent aptitude to protest, fight against any form of injustices on humans had a sudden death (on November 22, 2007) owing to this surrender conjoined with the intention to retain the same.

With no prospect of Taslima’s return to Kolkata, the press conference ended with vowing to continue struggles for the return of expelled author. 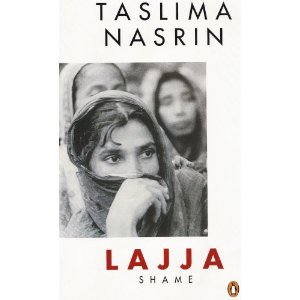 What Hindus have been stating for decades that secularism in India defines appeasement of Muslims only and is completely different to the western notion, is proved once more. 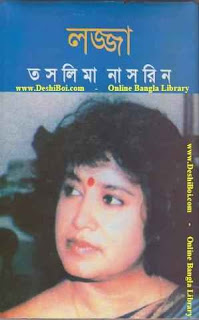 Lajja is a response of Taslima Nasrin to anti-Hindu riots which erupted all over Bangladesh, soon after the demolition of Babri Structure in India  on 6 December 1992. The book subtly indicates the sharp communal attitude to the Bangladeshi Muslims, the Islamic clergy, and the government. The Hindu minority of Bangladesh was severely persecuted, and secularism was sharply under shadow.
Posted by Unknown at 8:42 AM