Anything for 'peace of the soul' of Osama

Repercussions of the death of Osama bin Laden, under the aegis of United States Navy SEALs, have been divergent across the globe. While populaces in a number of countries were found to be gleeful and having a sigh of relief, brandishing of swords and avowal of beefing up the saga of Jihad against infidels including United States of America were also perceived. The situation in did not belong to any of these even if there was no scarcity of special prayers for Laden, especially in the Indian metropolises. Surely the cause of Islamic Ummah can challenge any other worldwide ideal.

ith regard to , known Hurriyat hardliner Syed Ali Shah Geelani was found to be the key person. He bespoke special Osama prayers, attended by a great number of people. Geelani stated clearly, "Muslim clergy should organize funeral prayers in their mosques for peace to the soul of Osama bin Laden.” "Osama was not just a person but also an ideology against occupation of Muslim lands by foreigners. Western countries must realize that suppression of Muslims in their lands will result in resistance."

Situation in other Indian cities was not much different to this. In Chennai, Maulana Shamsudeen Qasimi, Imam of Makkah Masjid in Anna Salai said, “ killed him inhumanly and left his body in the sea without performing Janazah. So we conducted Janazah for him.”

But what stunned all was the standpoint in Kolkata, known to be a strong Left citadel for decades, if not more. Maulana Nurur Rehman Barkati, Shahi Imam of Tipu Sultan mosque in the city, was solely responsible to hold a special Friday prayer for the 'peace of the soul' of al-Qaeda chief Osama bin Laden. Well, there are justifications of the act as well. Muslims are accepting that Osama was a terrorist but stating simultaneously “special prayer was held as Laden was not given a proper burial and his bullet-riddled body was thrown into the sea in total disrespect of Islam. It was held for the peace of his soul.”

A handful of placards stating 'Disrespect to Holy Quran is intolerable' were also seen in the prayer meeting. 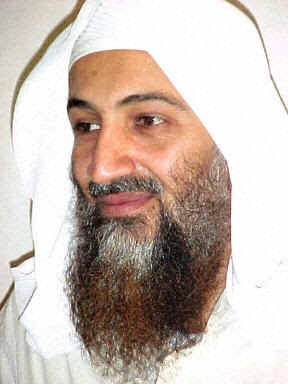 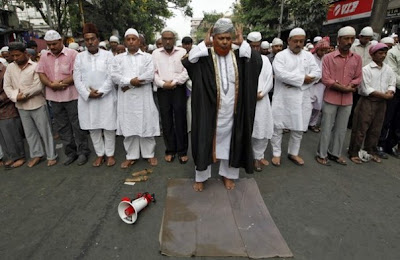 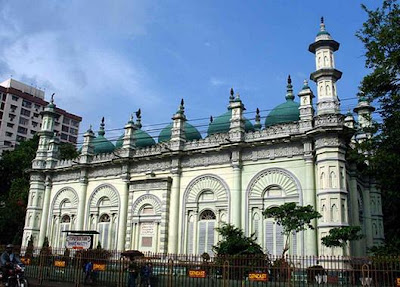