Violence is a way of life with any brand of Marxists, be they CPI(M). It is therefore no wonder that not only the Left Front government has failed to maintain law and order but have themselves indulged in violence of the most dastardly kind. Consider the following:

• 17 March 1970, Bardhaman town : Sain Bari massacre, in which two brothers, Malay Sain and Pranab Sain, Congress supporters, were murdered by CPI(M) goons and their blood was smeared on their mother’s face. Harekrishna Konar, senior CPI(M) leader owned up the incident and gloated over it. A case was started against the villains, but the Left Front, after coming to power in 1977 withdrew the case, and the Congress did nothing.

• 1977-78 Sundarbans, Distt. South 24-Parganas : An estimated number of 600 refugees from Islamic persecution in , mostly women and children, almost all belonging to the Scheduled Castes, were killed by a combined action of the police and CPI(M) cadres at Marichjhanpi, an estuarine island in the Sundarbans delta.

• 1980, Tiljala P.S., Kolkata : Gangadhar Bhattacharyya, the Officer-in-charge of Tiljala Police Station in Kolkata was shot inside his thana by two CPI(M) leaders, one of whom is a minister with Buddhadeb Bhattacharyya’s government and the other is a CPI(M) member of the Lok Sabha.

• 30 April 1982, Ballygunge, Kolkata : 16 monks and a nun belonging to the Anandamargi sect were torched alive in broad daylight in Kolkata city by a CPI(M) mob led by Sachin Sen, the local MLA.

• 1984, Garden Reach, Kolkata : A young and upright IPS officer called Vinod Mehta and his bodyguard Mokhtar Ali, were enticed to enter alone into a lane in a crime-infested area and then mercilessly butchered. The principal criminal behind these, one Idris Mian, was then arrested and killed in police custody. The mastermind behind this was a minority leader of the Forward Bloc, a Left Front partner.

• 1991, Kandua village, Amta, Distt. : Some Congress supporters’ hands were lopped off at wrist because they had dared to vote for the ‘hand’ symbol against party orders. The Congress did nothing about it.

• 2006, Singur : Tapasi Malik, a girl belonging to a family that resisted land acquisition, gangraped, killed and partly burnt as a result of a well-thought-out plan by the local CPI(M) to engender terror. A CPI(M) district leader indicted by the Sessions Court.

• 14th March 2007, Nandigram, Distt. Purba Medinipur : The local villagers were resisting the takeover of the area for setting up a ‘chemical hub’. CPI(M) cadres, dressed in police uniforms (but wearing hawai chappals and baseball caps) fired on them. The casualties are estimated to exceed one hundred with a large number of women and children among them.

• January 2011, Netai, Distt. Pashchim Medinipur : CPI(M) cadres had set up an armed camp in a building and were using the villagers as slaves, making them cook their food and wash their clothes. When the villagers protested they fired upon them killing several of them.

• In addition to this the Jangal-Mahal area of the Pashchim Medinipur, Bankura and Purulia districts have been affected by CPI(M)-Maoist skirmishes since 2009. A large number of people belonging to both camps have been murdered. However, in the process the existence of armed camps belonging to the ruling party, CPI(M), has been firmly established.

In addition to this, CPI(M) has introduced trade unionism into the police force, something unheard of anywhere in the world. The intention, of course, was to make the police serve the party, not the people; and this has been achieved, with the result that the political neutrality of the police is completely lost, and the police have become a plaything in the hands of local party bosses.

The Nandigram incident described above will illustrate the extent to which the police have become helpless: they willingly gave up their uniforms to the CPI(M) goons. The police, in the process, have also become totally demoralized, with the result that when they were called forth to fight the Maoists they proved totally unequal to the task, and central forces had to be called in. 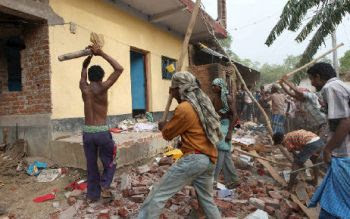 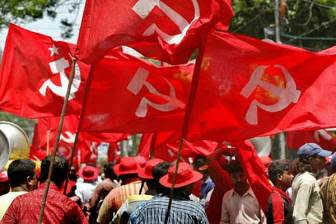