Radical Islam all set to stamp down Opponents, takeover Globe

On January 27, I told viewers of the Key of David program that they must watch and . At the time, there was almost nothing in the news about these two nations.

Since then, Libyan rebels have gained the support of nato in an all-out civil war attempting to oust dictator Muammar Qadhafi. And we now see a violent explosion in by radical Islamists. How could I know this was going to happen? The drastic change in these two nations was prophesied in your Bible over two and a half millennia ago.

Daniel 11:40 shows that the king of the north—a German-led Europe—is going to clash with the king of the south— and radical Islam. The king of the north is going to triumph in this war. At that time, Europe is going to subdue all of the nations that were allied with . Notice which nations this includes: “He shall stretch forth his hand also upon the countries: and the shall not escape. But he shall have power over the treasures of gold and of silver, and over all the precious things of : andthe Libyans and the Ethiopians shall be at his steps” (Daniel 11:42-43).

Here is how the Soncino Commentary defines “at his steps”: “Either joining his army, or placing themselves at his beck and call.” The Gesenius’ Hebrew-Chaldee Lexicon defines that expression as “in his company.” The Moffatt translation reads: “following in his train.”

This prophecy reveals that dynamic events have to take place in and . For it to be fulfilled, and must align with and, in turn, be conquered by the king of the north.

Since January 27, violent war has broken out in , and now is beginning to turn radical. On March 24, Fox News reported (emphasis mine throughout):

Thousands of Christians have been forced to flee their homes in after Muslim extremists set fire to roughly 50 churches and dozens of Christian homes. …

The string of attacks comes on the heels of several reports of growing anti-Christian tension and violence around the country where Muslims make up roughly one third of the total population but more than 90 percent of the population in certain areas, 2007 Census data shows.

Muslims make up one third of the population, and yet they are going to take over . Daniel 11:43 says they are going to win. The article continues: “The violence against Christians in is alarming because Ethiopian Muslims and Christians used to live together peacefully.”

What is happening over there? Something has changed! And it changed after January 27. For nearly 18 years, I have been saying that would fall to and radical Islam. Just under three months after former President Hosni Mubarak left office in February, we see that happening before our eyes. That fact ought to shock each of us. Now, and are going the very same way.

Why don’t you see intelligence agencies discussing this? People don’t realize ’s ability to come in and hijack an unstable country. Look at what it has done in ! moved in on a chaotic situation and took control through its proxy Hamas! The Iranians moved into a chaotic situation in , and now they’ve gotten the upper hand, controlling through Hezbollah. Most authorities will also admit that of all the nations, is the one that has the most control in .

In post-Mubarak , we see instability, rebellion and mass demonstration. What can we expect to happen? is an expert at moving in when there is a breakdown of government authority. It does it over and over again, and stuns the world every time.

Now there is utter disorganization in . All has to do is assemble some strong leadership and bring together a wildly disorganized people.

nato is considering arming the rebels. That’s practically handing over to the radical Islamic camp! But this fall to does not have to happen through the rebels. could be subdued by even if Qadhafi prevails. Qadhafi could say, Everybody in Europe and the has betrayed me. I’m going to turn and ally myself with . This is certainly something he’s already entertained, so it could happen that way.

How much worse is going to be as it supports the number one state sponsor of terrorism with all its oil dollars? Surely a thousand or ten thousand times worse. Earlier this year, Stratfor placed the move of into the radical Islamic camp as more deadly than anything except ’s getting the nuclear bomb.

For 30 years, President Mubarak resisted the radicals and was a friend to . But in a matter of weeks after he was removed and the nation’s government became destabilized, began moving in. Before Mubarak left office, he issued this warning: “They may be talking about democracy, but the result will be extremism and radical Islam.” Yes, indeed; that is what it’s going to be!

Did you know that is rejoicing about what’s happening in and ? Can we really expect a good outcome if is rejoicing?

The Muslim Brotherhood, an Islamist group once banned by the state, is at the forefront transformed into a tacit partner with the military government that many fear will thwart fundamental changes.

It is also clear that the young, educated, secular activists who initially propelled the non-ideological revolution are no longer the driving political force …. [W]hat surprises many is [the Muslim Brotherhood’s] link to the military that vilified it. …
“There is evidence the Brotherhood struck some kind of a deal with the military early on,” said Elijah Zarwin, a senior analyst with the International Crisis Group. “It makes sense if you are the military. You want stability and people off the street. The Brotherhood is one address where you can go to get 100,000 people off the street.” …

The question at the time was whether the Brotherhood would move to take charge with a superior organizational structure. It now appears that it has. The Muslim Brotherhood has taken charge because it’s so organized and so supported by !

“But in these early stages, there is growing evidence of the Brotherhood’s rise and the overpowering force of Islam. … A Brotherhood member was also appointed to a committee to draft amendments to the constitution” (ibid.).

The Muslim Brotherhood said it was the religious duty for people to vote yes to those amendments to ’s constitution, and 77 percent of the people voted yes. Are we blind to what is able to do with its power behind the scenes as it empowers these other groups?

This is step by step exactly the way it happened in in 1979. We have learned nothing from even very recent history!

In late March, a top adviser to Iranian President Mahmoud Ahmadinejad produced a documentary proving that the current unrest is a sign of the imminent return of the Mahdi (the Islamic “Messiah”).

cbn News reported, “The ongoing upheavals in other Middle Eastern countries, like and , including the rise of the Muslim Brotherhood, are also analyzed as prophetic signs that the Mahdi is near ….”

But the radical Islamists are not going to be victorious. This is a counterfeit of the return of the true Messiah, Jesus Christ, who will return to this Earth. He is going to return in the midst of all this chaos. Read Revelation 12:9 and it will tell you that Satan has deceived this whole world, including this great false religion and its counterfeit messiah.

Satan is full of wrath, and he will wage war, but really it’s a time for us to rejoice. The bad news is a sign of the best possible news you could ever hear. Jesus Christ really isabout to return to this Earth! 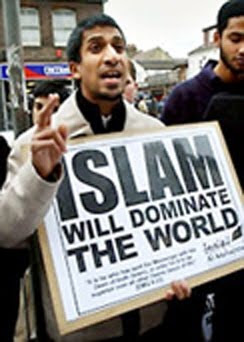 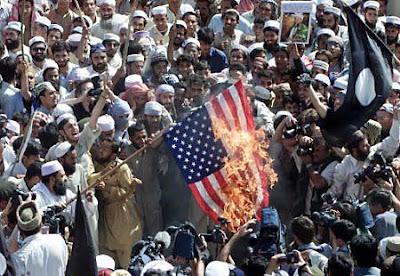 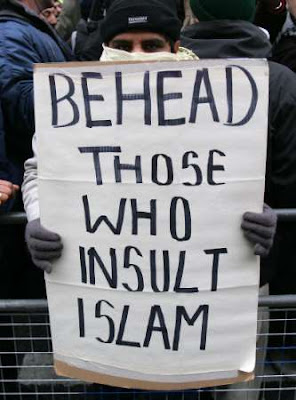 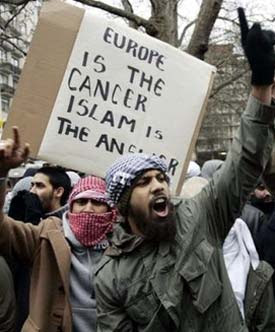